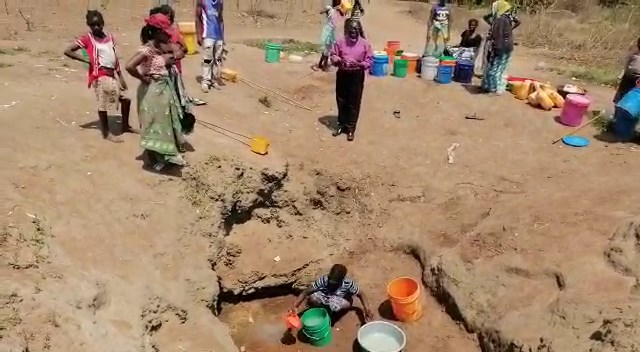 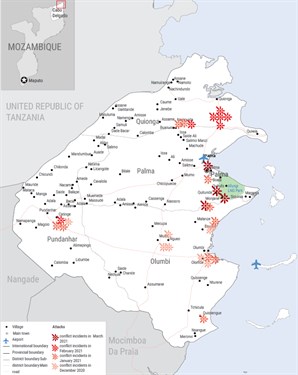 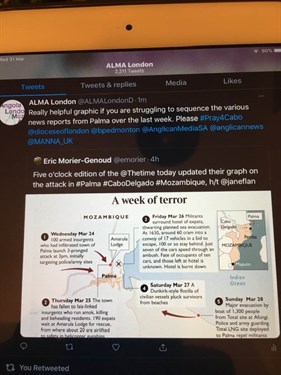 Please help the Diocese of Nampula’s hospitality programme for internally displaced people. The programme provides initial support for people arriving with little or no food clothing or shelter.

In light of the very serious conflict in Cabo Delgado Province (part of the Missionary Diocese of Nampula) which has escalated this week with the attack on Palma, we are asking ALMA Friends for support in extending the scope of the Rapid Response to the Internally Displaced People in Cabo Delgado and Nampula programme which ALMA supported with an initial grant from our General Fund. The UN predicts the number of Internally Displaced People across Northern Mozambique will rise from the current 656,000 to a million by June.  Please would you help our partners in their efforts to be the everlasting arms in their devastated context?

You can view more details at:   https://www.london.anglican.org/articles/alma-update-on-the-mozambique-insurgency-in-the-province-of-cabo-delgado-pray4cabo/

ALMA is the Diocese of London’s vibrant link with the Anglican Churches in Angola and Mozambique. The resulting friendships between leaders, lay and ordained, and between churches and schools, have enabled us to walk in each others’ shoes and contexts as a 21st century body of Christ. Learn more at www.almalink.org and ALMA London on facebook 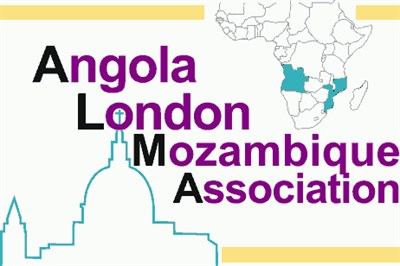